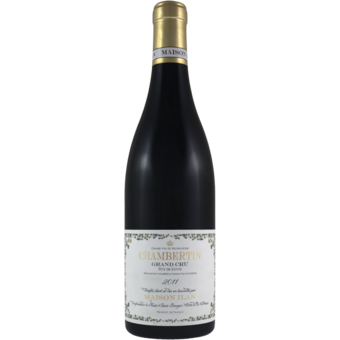 "Ray Walker had a surprising, almost fairy tale path to being the first American to ever make Chambertin. In his early 20s, Ray was not a wine drinker. His then-girlfriend (now...

"Ray Walker had a surprising, almost fairy tale path to being the first American to ever make Chambertin. In his early 20s, Ray was not a wine drinker. His then-girlfriend (now wife) liked to enjoy a glass or two at dinner, but Ray was never much of a fan. To appease her, he attended a Burgundy tasting at a retail store in California. After one sip, Ray developed a fascination that quickly turned into a dream and eventually, a reality. He abandoned his job in the finance industry and signed on as a cellar rat at Freeman Winery in Sonoma County. With just one harvest under his belt, he turned his gaze towards Burgundy. Despite being told on countless occasions that setting up shop in the homeland of Pinot noir would be next to impossible -- especially for a naïve rookie that couldn't speak French -- Ray had a certainty of the road (la route!) leading to the Côte d’Or. It was a combination of chance encounters, blind luck, gut instinct, steadfast determination, and a great respect for tradition and terroir that led to the establishment of this tiny garage-based winery in Nuits Saint Georges. Ray managed to secure an impressive handful of fruit contracts in top Premier Cru vineyards, as well as the esteemed Grand Cru vineyards of Charmes-Chambertin, Mazeroyes-Chambertin, and the famed Chambertin. Ray’s wines are without artifice, completely void of any new oak. One of the most unique focuses of this micro-winery is that each cuvée is treated the exact same way, leaving the terroir as the only variable between each wine. There is no detail too small. The concept is to literally do as little as possible. Ray has swiftly developed a reputation for crafting hyper-traditional, pure expressions of some of Burgundy’s most iconic terroirs. While many Burgundy devotees and cognoscenti have followed Maison Ilan’s rapid rise to stardom, they are a relatively new name in the Burgundy game. We are honored to represent this very special domaine." -Importer