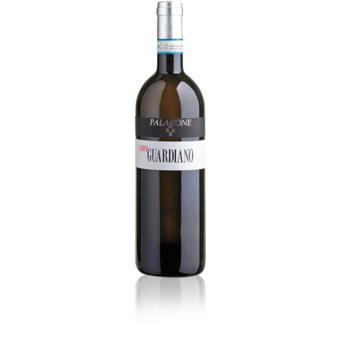 "In 1969 the Dubini family bought the property “Palazzone”, constructed by Cardinal Teodorico at the bidding of Pope Boniface VIII as a hostel for pilgrims on their way to Rome...

"In 1969 the Dubini family bought the property “Palazzone”, constructed by Cardinal Teodorico at the bidding of Pope Boniface VIII as a hostel for pilgrims on their way to Rome to celebrate the Jubilee of 1300 A.D. Today after a restoration with respect for the noble architecture, “Palazzone” is a boutique hotel with elegant suites. The hilly portion of the land adjacent to Rocca Ripesena, with its superb view of Orvieto on its majestic crag, consisted of sedimentary soil and clay.

Angelo Dubini decided to plant 25 hectares to vines of varieties that he expected would make wine of great complexity and character. In 1982 his two sons, Giovanni and Lodovico, made the first small vintage from these grapes. In1988 their vintage was sufficient to justify the construction of a winery to process all their own grapes and also to organise and begin the commercial marketing of what is now “Palazzone” wine regarded as one of the most significant labels in Umbria.

At Palazzone we are surrounded by vines. Planted on the hillside between the Hermitage and Rocca Ripesena a stone’s throw from Orvieto, between 210 and 340 meters. above sea level, depending on the slopes exposed to E or E-NE.

The nature of the rocks of this area is made up of clays, silts and sands; 2.5 million years ago there was a seabed which have accumulated the finer sediments transported by ancient rivers that crossed what were then the few areas emerged.

24 hectares of vineyards in the hills, in a landscape of rare beauty, cultivated with the traditional grapes of Orvieto: Procanico and Grechetto primarily, then to complete the Verdello and Malvasia grapes." -Importer