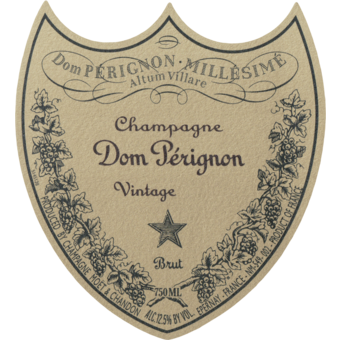 "The opening bouquet is complex and luminous, a mingling of white flowers, citrus and stone fruit. The overall effect is enhanced by the freshness of aniseed and crushed mint. ...

"The 2008 Dom Pérignon is fabulous, but quite remarkably, it was even more open when I tasted it a year ago. Bright, focused and crystalline in its precision, the 2008 is going to need a number of years before it is at its best. Lemon peel, white flowers, mint and white pepper give the 2008 its chiseled, bright profile. Several recent bottles have all been magnificent. What I admire most about the 2008 is the way it shows all the focus, translucence and energy that is such a signature of the year, and yet it is also remarkably deep and vertical. In other words, the 2008 is a Champagne that plays in three dimensions

Two thousand-eighteen is a big year for Dom Pérignon, as Chef de Caves Richard Geoffroy officially hands over the reins to his successor, Vincent Chaperone. I tasted a wide range of wines with Geoffroy and Chaperone during my annual visit. The 2008 Dom Pérignon is very hot in the market right now, but I would be looking for opportunities to pick up the 2002 and 2004 for near and medium-term drinking. In several recent verticals, both wines have been positively stunning."

﻿﻿There's power to this graceful Champagne, with the vivid acidity swathed in a fine, creamy mousse and flavors of toasted brioche, kumquat, pastry cream, candied ginger and poached plum that dance across the palate. An underpinning of smoky mineral gains momentum on the lasting finish. Drink now through 2033."

"The opening bouquet is complex and luminous, a mingling of white flowers, citrus and stone fruit. The overall effect is enhanced by the freshness of aniseed and crushed mint. The final aromas offered by the wine are starting to show spicy, woody and roasted notes.

After a long period of reluctance, the wine is finally opening up. There is complete balance between the nose and the palate. Its slender, minimalist, pure, toned, athletic character is now also expressed with warmth. The fruit is pronounced and clear. The vintage's characteristic acidity is remarkably well integrated. Its persistence is mainly aromatic, grey, smoky and highly promising." - Winery