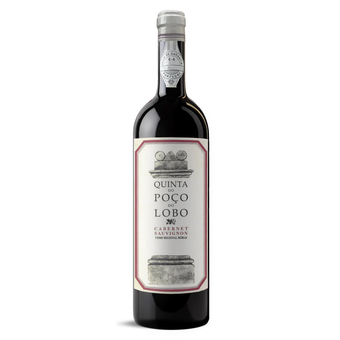 "Caves S. Joao, established in 1920, became a dominant force in Portuguese wine making in the early 20th century with their houses Porta dos Cavaleiros in Dao and Frei Joao in ...

The 1995 Cabernet Sauvignon Reserva Quinta do Poço do Lobo is unoaked and comes in at 13.5% alcohol. This Reserva has more power than the regular reds and much riper fruit. It is bigger and fresher in every respect. Intense and powerful, this is nuanced by cassis and red fruits. It ends with a big finish. There are some typical nuances of aging Cab too. So, while it is fresh for its age, it hardly tastes like a young red. Many will consider that a good thing. Complexity counts. It is surprising that it is still so tight, but it seems mostly to have the depth to keep up. I did wonder, though, if it is not ready now, will it ever be? It is definitely on the rustic side. The quibble over balance is relatively minor, however, and you can approach this. It should easily last another decade—maybe two. Complex and beautifully structured, this is impressive on many fronts. Give it some air.

"Caves S. Joao, established in 1920, became a dominant force in Portuguese wine making in the early 20th century with their houses Porta dos Cavaleiros in Dao and Frei Joao in Bairrada. Given the shifting trends in consumer preferences, Bairrada and Dao fell to obscurity in the 1990s when critical influence drove the demand for bigger, extracted, warmer climate wines. As in all things, however, what comes around goes around! Sure enough, 20 years later savvy consumers and food-conscious sommeliers are looking for finesse and freshness and heading back to Bairrada and Dao. In 2013, the Costa family, owners of the estate, decided to open their cellars and offer the old vintages in stock, ranging from 1959 to 2000. Wines that when young had a vegetal character, pronounced tannins and high acidity aged gracefully when kept in perfect condition at the winery for 20-40 years, and are now pristine examples of mature wines with profound finesse and irreplicable complexity. Caves S. Joao is the only winery in Portugal offering library releases of still wines commercially, with vintages going back to the 1950s"- Importer