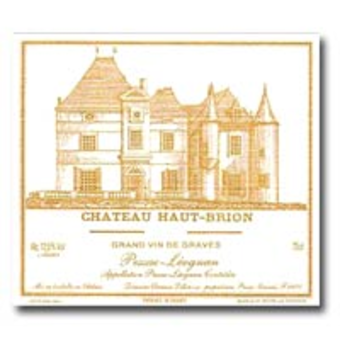 "Haut-Brion has been the most consistent first-growth over the last decade, producing top-notch wines, even in such tough years as 1987, 1993, and 1994. I have had a tendency t...

"1990: In terms of the brilliant complexity and nobility of the aromatics, scorched earth, black currants, plums, charcoal, cedar, and spices, the 1990 offers an aromatic explosion that is unparalleled. It is always fascinating to taste this wine next to the 1989, which is a monumental effort, but much more backward and denser, without the aromatic complexity of the 1990. The 1990 put on weight after bottling, and is currently rich, full-bodied, opulent, even flamboyant by Haut Brion’s standards. It is an incredible expression of a noble terroir in a top vintage. While it has been fully mature for a number of years, it does not reveal any bricking at the edge, and I suspect it will stay at this level for another 10-15 years ... but why wait? It is irresistible now."

"Haut-Brion has been the most consistent first-growth over the last decade, producing top-notch wines, even in such tough years as 1987, 1993, and 1994. I have had a tendency to forget just how exceptional the 1990 Haut-Brion is because of the huge shadow cast by the 1989. However, in this blind tasting, the 1990 proved itself to be a great wine. Its price has not risen nearly as much as one might expect given its quality. The 1990 is a decadently ripe wine with much more evolution to its fragrant cassis, mineral, smoked-herb, hot rocks, tobacco, sweet, toasty nose. Fat, rich, and medium to full-bodied, this superbly-concentrated, forward, awesomely-endowed wine requires 4-6 years of cellaring; it is capable of lasting for 20-25+ years. It is an unheralded, underrated 1990 that deserves more attention."