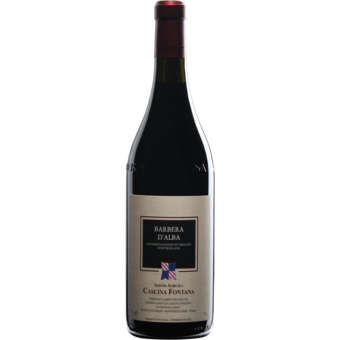 The senses keep us attached to the world. Of these, smell is quintessentially the most capable of evoking vivid memories. According to neuroscientific studies, the first smells...

The senses keep us attached to the world. Of these, smell is quintessentially the most capable of evoking vivid memories. According to neuroscientific studies, the first smells occupy a privileged place in the brain, which explains why olfactory memory teleports us to the past in a split second. Here’s an example. Mario Fontana, a winegrower who "was brought up with the smell of fermentations in his nose", says he’s used his olfactory memory as a source of inspiration to build his own winemaking project in homage to everything he learned from his grandfather in the exceptional hills of Piedmont (Italy). Founded in 1995 in the village of Perno, in the province of Cuneo and with 4 hectares of vineyards spread across Castiglione Falletto, Serralunga and La Morra, Mario produces Cascina Fontana barbera d'Alba. A wine registered in the DOC Barbera d'Alba, created from the tradition which comes from Barbera grapes cultivated according to respectful agriculture and harvested by hand at the optimal moment of ripening. In the cellar, it follows a markedly classic style, vinified in cement tanks, followed by ageing in old Slavonian wood foudres for a year. It rests in the bottle for another year before being released to the market. Cascina Fontana barbera d'Alba is the fruit of a childhood memory. Made as Mario Fontana has always experienced it since he was a child, this is a pure, honest, wine with a classic style. Winery