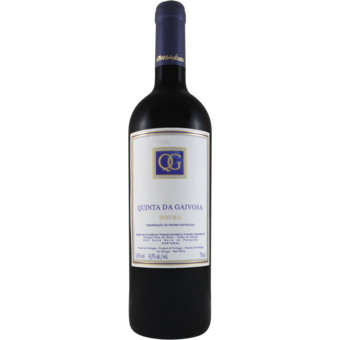 "The 2017 Quinta da Gaivosa is a field blend from 80+-year-old vines (with some 20 different grapes) aged for 20 months in 50% new French oak. It comes in at 14.6% alcohol. The winery thought this was a fabulous year. And Tiago Alves de Sousa said that it was the "driest ever since there are records in the Douro, making it also the most precocious harvest we ever had. To face the extreme conditions of the vintage, we had vineyards that were harvested almost one month before its average date." That is an oft-told tale for the 2017 vintage. For the most part, things worked out great. Here, too.

This estate red is a beauty with big fruit. It is also caressing in texture and fairly sexy. Then, the hammer drops. It is nicely structured, although the tannins are not too hard. It is nicely concentrated without destroying its finesse. There is focus and a nice finish as well. If there is a problem, though, it is far too oaky in its youth, the vanilla rather dominating the wine and sometimes giving it a one-dimensional demeanor. This should pull in some wood nuances in time—it usually does—but it is hard to get a read on it just now, even after hours of aeration. Even though the tannins aren't too hard, this is going to need a few years in the cellar to show its best. If you like vanilla milkshakes, you can drink it sooner. Its peak moments might be more around 2026-2030. It looks like a winner, however. Let's lean up for its potential."