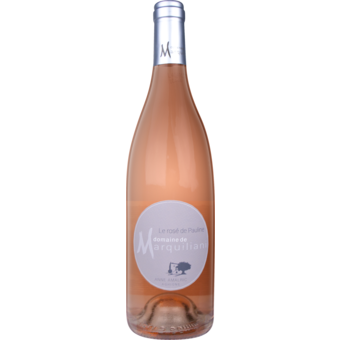 The Amalric family has farmed Domaine de Marquiliani since the 1950s, nearly twenty years after the two hundred-year-old domaine was destroyed in a fire and abandoned. The Amal...

The Amalric family has farmed Domaine de Marquiliani since the 1950s, nearly twenty years after the two hundred-year-old domaine was destroyed in a fire and abandoned. The Amalrics bought the property and replanted the vineyards. Daniel Amalric earned great recognition for his wines, as he was the first to plant Niellucciu and Syrah on this side of the island. In 1995, he was joined by his daughter, Anne, an agricultural chemist who had returned from mainland France to take her place at the family farm. Initially, Anne put her energy into planting olive and almond trees. Her determination has not been in vain, as Domaine de Marquiliani’s olive oil is widely regarded as the best in Corsica. Recently, Anne has turned her focus back to the vineyards, which are well-rested after a long hiatus. She still works side-by-side with her father and is quick to credit him as her guiding light in the vineyards and the cellar. In spite of her modesty, Anne has become a success in her own right. Her wine made an instant impression on Kermit, who raves, “Drinking her rosé is like drinking a cloud. There’s an absolute weightlessness to it. Nothing is left on the palate but perfume.”