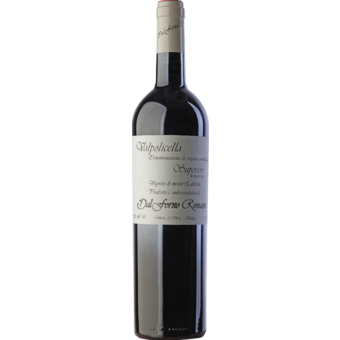 This is a terrific wine that stood out—and stood tall—despite the fact that it was tasted alongside some of Dal Forno's most important vintages of the top-shelf Amarone. If that's not a full-on recommendation, I don't know what is. The 2013 Valpolicella Superiore Monte Lodoletta oozes forth with thick concentration and an inky black color. The mouthfeel is thick and impenetrable, and the senses are treated to a long succession of black fruit, tar, spice, smoke, mesquite and barbecue flavors. The wine is full-bodied and very opulent, but it carries that massive intensity with grace and precision. This Valpolicella Superiore is very nicely done.

The 2013 Valpolicella Superiore Monte Lodoletta is an especially elegant, pretty and understated expression of the Dal Forno style. Black cherries dipped in rum, plum sauce, brown spices and a dusting of cocoa rise up from the glass. It’s silky and polished, seamlessly washing across the palate with plush ripe red and black currants, while leaving minerals and a fine coating of tannin in its wake. Zesty acids add further cheek-puckering tension, as this tapers off structured, with notes of mocha and mentholated herbs lingering long. The 2013 has a lot to say, but it isn’t quite ready to fully open up. Also, with all of its poise, and at 14.5%, it can pair with a wide variety of foods.