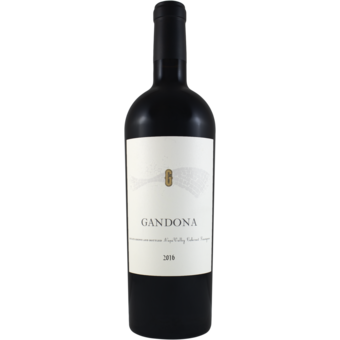 "The 2016 Cabernet Sauvignon is every bit as impressive from bottle as it was from barrel. Bright, floral and nuanced, with all of the depth these wines have always shown, the 2016 packs a serious punch. Raspberry jam and floral notes, along with bright acids, carry the 2016 effortlessly. The energy and tension in 2016 are palpable and also a departure from the past, when the wines at times were quite heavy. The 2016 is easily the best wine I have tasted from Gandona. I can't wait to see how it ages"

"First made in 2009 and coming from Pritchard Hill, the 2016 Cabernet Sauvignon Gandona is produced with consulting help from the talented Philippe Melka. Made from 100% Cabernet Sauvignon that saw a lengthy maceration and 20 months in 73% new French oak, this sensational 2016 sports a saturated purple color as well as incredibly pure aromatics of blue fruits, violets, charcoal, and camphor. It’s full-bodied and powerful, yet has awesome purity and elegance, building tannins, and perfect balance. It’s a tour de force in Napa Valley Cabernet Sauvignon that will keep for 2-3 decades."