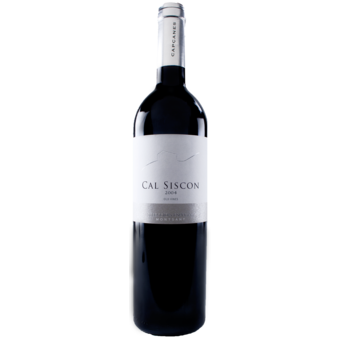 "Eric Solomon was quite impressed with the quality of the wines and saw the potential for even further improvements and launched several custom cuvee projects with Capcanes, bu...

"Eric Solomon was quite impressed with the quality of the wines and saw the potential for even further improvements and launched several custom cuvee projects with Capcanes, building the strong foundation on which their close relationship is built. Aged for 13 months in new to 3 years old, medium toasted French and American oak barrels. 40% Garnacha, 40% Cabernet Sauvignon, 20% Carignan." -Importer

WINERY:
"The property is situated in the village of Capcanes and served for several years as the village cooperative. In the 1990's, the co-op began making kosher wines for the Jewish population of Barcelona, and from that exposure in the much larger city, the property began to attract a greater level of interest. In 1995, a vast investment took place and the whole winery was been completely restructured and modernized."

"CAPCANES, a village hidden away in the Priorato hills inland from Tarragona is the source of many fine wines today but has a long wine growing history. Prior to Phylloxera at the turn of the 19th century was very densely planted but after the devastation caused by this insect only about 1/5th of the original vineyards was replanted predominantly with Garnacha which was the popular grape variety. Some of those vineyards, approaching 100 years old, still exist and are in production although yields are low."

"CAPCANES enjoys the privilege of a wide range of different soils, named Calissa, Llicorella, Panal and Argila. Our intention is that our wines reflect the characteristics of each one of them." -Winery