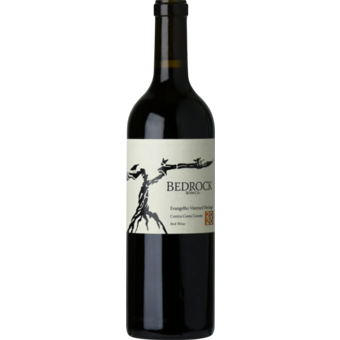 "Over the course of thousands of years, granitic sand was deposited on the edge of the Sacramento River Delta in an area that stretches from the eastern edge of Antioch to the ...

The 2020 Evangelho Heritage Wine is rich, boisterous and super-expressive. Succulent black cherry, plum, licorice, spice and mocha are front and center. There's real weight and density here, yet all the elements are so well balanced. The 2020 is dense and full of character. This year's blend is mostly Zinfandel and Mataro.

"Over the course of thousands of years, granitic sand was deposited on the edge of the Sacramento River Delta in an area that stretches from the eastern edge of Antioch to the far side of Oakley. Over 130 years ago, people started planting grapevines, almonds, apricots, and other fruit in these deep, well-drained sands. In 1936, Manuel Evangelho purchased some of these grapevines, which he farmed his entire life before passing them to his son Frank. Frank farmed the vineyard with care and a rough-hewn tenderness until passing the torch to us in 2017. He passed away not long after, but I know he would be proud of the way the vineyard looks, the wines coming from it, and its growing reputation. That the 2018 was recently on the pairing menu at the Michelin 3-star restaurant Le Bernardin in New York may have floored him, or he might have just smiled and said, “it’s about time.” (Manuel and Frank were the two most recent from a long line of Azorean fisherman, so Evangelho being served at one of the greatest fish restaurants in the world seems poetically just.) In 2020, Evangelho cropped at the lowest levels in over twenty years, and the resulting wine is dense, deft, and full of energy. The natural freshness imparted by the afternoon winds and sandy soils drives through the wine, knitting the juiciness of the Zinfandel with the savory Mataro and bright Carignan. A classic Evangelho." - Winery