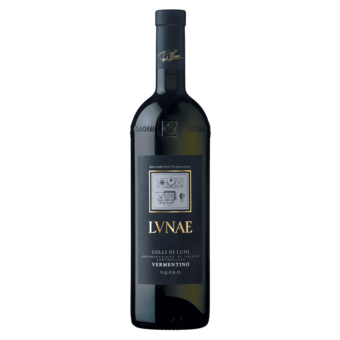 LVNAE is named after the ancient "Portus Lunae" (the Port of the moon), one of the most important cities and ports of the ancient Roman Empire. It was established in 1966 by Pa...

LVNAE is named after the ancient "Portus Lunae" (the Port of the moon), one of the most important cities and ports of the ancient Roman Empire. It was established in 1966 by Paolo Bosoni, who transformed the winery by combining farming wisdom and business acumen. He is now joined by his children Debora and Diego. Lunae currently represents the largest winery in Liguria with an annual total production of approx. 780,000 bottles and a total of 85Ha. 50Ha are family-owned vineyards in the hills of Luni and Castelnuovo Magra and, in part, on the plain surrounding the ruins of the ancient city of Luni. 15Ha are on long-term leases and the other 20ha are from approximately 150 local growers who, supported by the company's technical staff, contribute their small grape production, keeping alive traditions and the unique quality of the wine. The focus is on Vermentino which is distinguished by a selection of different vines and vinification and perfectly reflects the nature of the soil and unique climate which favors crisp, acidic, mineral whites and fruity, fresh reds. The red wines are Sangiovese-based blended with local varietals such as Massareta, Pollera Nera and Sangiovese (Sangiovese is very widespread in this area due to its proximity to Tuscany - 2 km only to the border). The Black Label Vermentino is Lunae Bosoni's flagship wine: the traditional characteristics of Vermentino are enhanced by the selection of grapes (mostly from older vines located on the hillsides) Aromas range from spring flowers to acacia blossom, honey and golden apple. Crisp with a touch of saltiness on the finish. Delicious with seafood and poultry dishes.