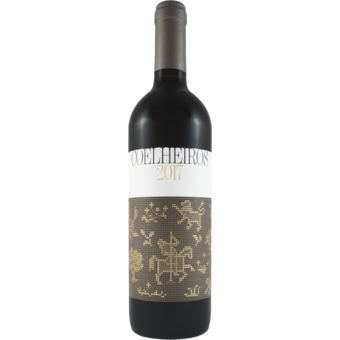 The 2017 Coelheiros Tinto is an equal blend of Alicante Bouschet and Aragonez aged for 12 months in used French oak. It comes in at 14% alcohol. This winery does have some pricey offerings, but at the lower levels, they deliver some bang for the buck. This has remarkably pure fruit with a long and tasty finish. Just because it is forward doesn't mean it is jammy and simple. The fruit is lifted and fresh. It shows moderate tannins for support, and it has grip on the finish. It's pretty delicious. It seems capable of aging another decade or so, maybe more. As fruity as it is, the structure is very good. There were 28,000 bottles produced. For the Garrafeira, the formula here is largely to have an Aragonez-dominated wine with some Cabernet Sauvignon, which the winery postures as the Vega Sicilia style. There have been some variations over the years, however, not all of which could be quantified.

"Coelheiros red reveals the vigorous character of Aragonêz while presenting the silky texture and density of Alicante Bouschet, two typical Alentejo varieties. The grapes come from the emblematic Vinha do Taco and Vinha da Sobreira. These vineyards are non-irrigated, and therefore have profound root systems which allows for a good maturation of the grapes. Fermented with indigenous yeasts to best express our vineyards and soils. Aged for one year in used barrels. The nose reveals red fruit aromas with slight notes of spices and smoke. The palate has richness and density, showing a good balance between its acidity and fine tannins. It has a long and persistent finish."-Winery