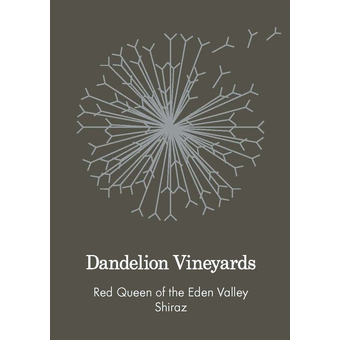 "Elena Brooks crowned Colin Kroehn's ancient Eden Valley Vineyard as the Red Queen of the Eden Valley whose age, altitude, aspect and slope are key to her reign. Planted in 191...

"The stunning 2015 Red Queen of the Eden Valley Shiraz combines awesome complexity with ample weight, power and concentration. From Shiraz vines planted in 1912, this wine includes a hefty 40% whole bunches, was naturally fermented and aged two and a half years in 50% new French oak. The resulting wine is medium to full-bodied, with ripe but firm tannins that frame intense blueberry and boysenberry fruit. Hints of oaky spice and cracked pepper plus floral and herbal notes all come together on the finish, making for a dizzying array of flavors that seem to almost grow in intensity over time."