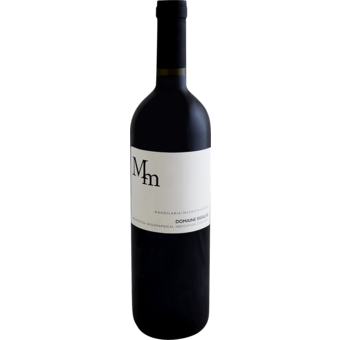 Domaine Sigalas was founded in 1991 by Paris Sigalas, Christos Markozane and Yiannis Toundas. Initially, Sigalas made his wine at the converted Sigalas family home. In 1998 a n...

"The 2018 Mm is a 75/25 blend of Mandilaria and Mavrotragano aged for 18 months in used French oak. It comes in at 14% alcohol. Lovely and fresh, this has finesse in the mid-palate, velvet for texture and some tannic power on the finish. What you'll most notice is the red fruit flavors from these two very flavorful grapes. It's just bursting with flavor. The structure makes it distinguished. It has the old-school elegance in the middle while remaining persistent. It never slips over to candied or simple, despite the waves of black cherries and raspberries. This looks potentially impressive. I've had my doubts about this bottling, but this seems likely to improve in the cellar. It will be interesting to see how it develops and whether it can get even better. It needs another year of aging, at least, but it is not wholly unapproachable."

Domaine Sigalas was founded in 1991 by Paris Sigalas, Christos Markozane and Yiannis Toundas. Initially, Sigalas made his wine at the converted Sigalas family home. In 1998 a new vinification, bottling and aging unit was built in a privately owned area of Oia, on the northern part of Santorini.

Santorini was also one of the rare wine-making areas in the world not attacked by phylloxera, because of the high content of sand found in volcanic soil. Because of their resistance to phylloxera the vines retain their original root stocks. The winds saturate the island throughout the year. The only way for the grapes to survive from the direct exposure of sun and strong winds is to be protected inside low-basket-shaped vines, the “ampelies”, as they are called locally forming a unique pruning system. The refreshing northerly winds that blow from July to September, known as the “meltemia”, also help keep the vines from developing the numerous fungi that can result from the combination of summer heat and humidity.
-- Importer