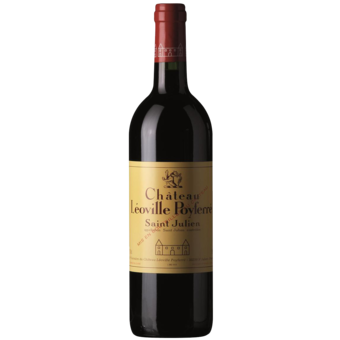 "One of the gems in the vintage will be the 2018 Château Léoville Poyferré, which is a powerful, incredibly sexy wine based on 64% Cabernet Sauvignon, 30% Merlot, and the balance Cabernet Franc and Petit Verdot, representing just 45% of the total production. In the same ballpark as the 2000, 2005, 2009, and 2010, its deep purple color is followed by a rich, opulent bouquet of sweet black and blue fruits, tobacco, and graphite. Both intellectually and hedonistically satisfying, it fills the mouth with fruit, has remarkable purity and precision for such a powerful wine, sweet tannins, and a finish that goes on for nearly a minute. It's similar in character to the 2009 and will keep for three decades or more. This wine checks in at 14.4% alcohol, with a pH of 3.7, and a massive (one of the highest in the vintage) IPT value of 90. Tasted twice."

"This is brimming with plum, blackberry and blueberry reduction flavors, backed by grippy, energetic bramble, licorice and apple wood notes. Chockablock with stuff but defined and balanced. A no-brainer for the cellar. Cabernet Sauvignon, Merlot, Cabernet Franc and Petit Verdot."