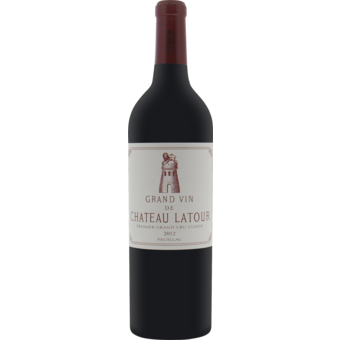 This will be by far the biggest release since Latour brought in the new system, as the 2012 has not been on the market before. It's a good one to start with as this is a vintage where the drinking window is starting to come into view. This is pure liquorice, graphite and profoundly dark fruits, gourmet brushed damson and crushed stones, with a silky, appealingly open texture. The tannins are as bracing as you hope for from this estate, not giving an inch yet, but there is air between them and the structure is starting to loosen up. Harvest from September 24 to October 16, under rainy conditions after a super hot summer and early September that ensured the grapes stayed in good condition, but turned the concentration from impenetrable to an altogether more approachable style.

The 2012 Latour is a blend of 90.2% Cabernet Sauvignon, 9.6% Merlot and 0.2% Petit Verdot. Medium to deep garnet colored, the nose slowly, measuredly emerges with notions of preserved Morello cherries, baked blackcurrants and blackberry compote, giving way to nuances of pencil shavings, unsmoked cigars, Chinese five spice and sandalwood plus ever so subtle hints of cardamom and eucalyptus. Medium-bodied, the palate delivers mouth-coating black and red fruit preserves with a firm, grainy-textured frame and fantastic freshness, finishing with a veritable firework display of lingering spices and minerals. This is a more restrained, relatively elegant vintage of Latour that may not have that “iron fist in a velvet glove” power of the greatest vintages but nonetheless struts its superior terroir and behind-the-scenes savoir faire with impressive panache. It is drinking nicely now with suitably rounded-off, approachable tannins, and the tertiary characters are just beginning to bring some more cerebral elements into the compote of temptingly primary black fruits. But, if you’re looking to drink it in full, flamboyant swing, give it another 5-10 years in bottle and drink it over the next 20-25 years+.

The 2012 Latour has a potent bouquet of blackberry, graphite and distinctive tertiary notes [instead of more marine scents observed four years earlier]. Initially, the palate is slightly disjointed on the entry and displays a subtle herbal quality, plus hints of pencil shavings. The 2012 demands a few minutes to really coalesce and achieve the precision and pixelation that have been the hallmark of this Grand Vin in its youth. Layers of black fruit coat the mouth, and a bitter edge lends tension, particularly toward the very persistent finish. Though its release implies, and the rhetoric from the château indicates, that it is ready to drink, if you want my advice, cellar the 2012 for another five or six years to witness it in full flight. It has always been a candidate for wine of the vintage... just have a bit of patience.